It is a dark day for America!

Just minutes ago it was reported that the Syrian City of Kobani is about to fall to the Satanically controlled forces of what is known as ISIS (or ISIL). A massacre of the Kobani people is feared.

During WWI, the Ottoman Empire carried out what most historians conclude as one of the largest genocides in world history in the slaughtering of huge portions of its minority Armenian population. 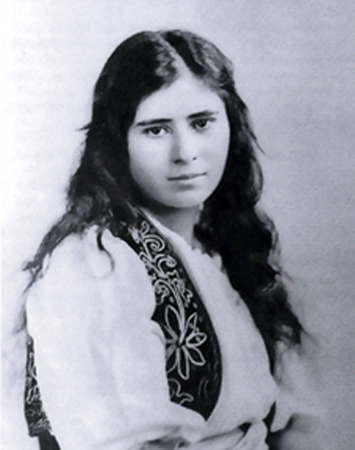 Aurora was a brave Christian Armenian woman who survived the savagery of the Ottoman Empire. In 1919 her memoir, Ravished Armenia, was published and a silent film was produced based on her story. The original film has been lost to time, except for a remnant of footage that managed to be preserved. Aurora Mardiganian who was only a teenager at the time. She witnessed atrocities just like what are being witnessed today. Her entire memoir was also published in a series in the 1918 The Washington Times newspaper.

To each mother and father, in this beautiful land of the United States, who has taught a daughter to believe in God, I dedicate my book. I saw my own mother’s  body, life ebbed out, flung onto the desert because she had taught me that Jesus Christ was my Saviour. I saw my father die in pain because he said to me, his little girl, Trust in the Lord; His Will be done. I saw thousands upon thousands of beloved daughters of gentle mothers die under the whip, or the knife, or from the torture of hunger and thirst or carried away into slavery because they would not renounce the glorious crown of their Christianity. God saved me that I might bring to America a message from those of my people who are left, and every father and mother will understand that what I tell in these pages is told with love and thankfulness to Him for my escape.  –Aurora Mardiganian, December 1918.

It is time that Aurora’s story be resurrected from the dustbin of history as her memoir reads like today’s front page headlines, except that today (incredibly) the brutality of ISIS and other terrorists groups are exceedingly more savage and vicious. Why? Because whether you want to believe it or not, we are witnessing the last days. Satan and his vast army of demonic generals, captains, and rank and file, know that The King is Coming soon! Satan’s army has revved up to kill and destroy as many as he possibly can because he knows the King is Coming! The King is Coming! 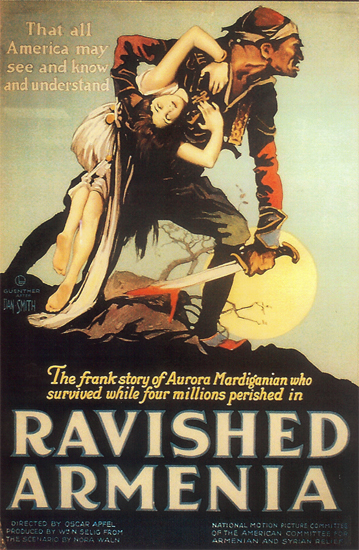 Take a look at the footage of film below which is based on Aurora Mardiganian’s story and tell me if it doesn’t look frightenly like today:

Genocide, wholesale murder, rape, torture, mutilation of bodies, starvation, and deprivations beyond our wildest imagination are being carried out with ferocity on a daily basis and in record numbers worldwide.

America is next on the Satanic Jihad menu.

Many (including professing Christians) say they don’t believe in Satan or his demons. Well, I know that they believe in you and they work tirelessly without ceasing to make sure you continue to believe that they don’t exist. I pray that you come to the saving knowledge of Jesus Christ and surrender your heart and your life to Him before the door is shut–before it’s too late. Don’t wait, do it now.

Women like Aurora Mardiganian were saved by God for His Glory and for her story to be used a warning to us.

I counted bodies at the roadside until I could count no longer! I wondered if God could make room for all of them in heaven. —Aurora Mardiganian